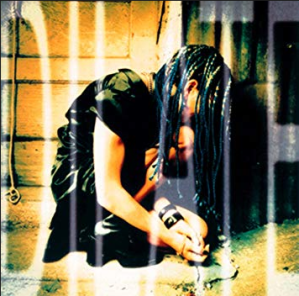 I’ve been thinking a bit about my favorite bands/albums/that kind of thing, and I compiled this list–going in order of when I discovered them. It’s in no-way comprehensive, and I’m already thinking about albums that aren’t on here (Counting Crows, Pearl Jam, Alanis…) I allowed greatest hits compilations and soundtracks, but I forced myself to pick only one album from each of my most favorite artists.

What are your favorite albums?

1. “Out of Time” by REM. Okay, so, this album is very chill and great for driving. In fact, driving is how I got into it. My dad had bought the album—“Losing My Religion” was a very big song at the time—and we used to listen to it on every car ride to my brother’s baseball games that summer. This marks the first time I remember really listening to an entire album. Before that, I’d only buy albums (actually, cassette tapes at the time) for, like, one or two songs. My favorite track is “Half A World Away,” which is so atmospheric and lovely.

2. “Sand in the Vaseline” by the Talking Heads. I love, love, love the Talking Heads. They are (were) so weird and fun and political and of the ‘80s. “Sand in the Vaseline” is not an album album. It’s a greatest hits compilation. But if you want to dive into the Heads this is a great place to start–it’s where I started, freshman year of high school. The most famous songs (“Once in a Lifetime,” “Psycho Killer,” “Burning Down the House,” etc.) are all on there, but I particularly love a few lesser known tracks like “Don’t Worry About the Government” and “Blind” and “Love -> Building on Fire.”

3. “Dilate” by Ani DiFranco. We’re now deep into my high school life, and asking me to choose just one Ani album to highlight is a difficult task. But this one, which follows her relationship with a dude she cannot/should not have is a gem. It’s a bit harder than some of her other stuff, but the angst is raw. I particularly love “Shameless,” but every song is great.

4. “Rites of Passage” by the Indigo Girls. Also Sophie’s choice having to pick an IG album. I chose this one because I first fell in love with Amy and Emily when I heard their cover of Dire Strait’s “Romeo and Juliet” off this album. Listen to all of this, and then go find the rest of their stuff.

5. “From the Choir Girl Hotel” by Tori Amos. Again. What I said about the Indigo Girls. Listen to this, then find the rest of Tori’s stuff. Her work from her earlier albums is better known, but she brings a whole lot of sound to this album, much of which chronicles her new marriage and miscarriage. “Playboy Mommy” will rip your heart out. “Northern Lad” is so beautiful and angry—and fun to sing. I saw her in concert after this album, and she was unstoppable—spinning on a stool to play piano, organ, and harpsichord.

6. “Best of” by James. Another compilation, but the Best of James has to be on this list. Every song should’ve been a hit here in the states, but only “Laid,” “Say Something,” and “Sit Down” made it across the pond.

7. “Boogie Nights” Soundtrack by various artists. Soundtracks in the late ‘90s were fire. This one, from my favorite movie, is an aural party.

8. “Hot Fuss” by The Killers. This album makes me think of setting up my classroom back in 2007. But it’s more than just a nostalgia trip. This is a joyful, conflicted, saucy romp, and I love every second of it. The Killers are low-key one of my favorite bands, period.

9. “The Idler Wheel…” by Fiona Apple. This album is a journey in which she faces down anxiety, restlessness, and ennui before finding a happy ending. If you can find a copy with “Largo” on it, get that. The whole album is just her on the piano with a percussionist. It’s beautiful and raw.

10. “Red” by Taylor Swift. I love “1989,” I do, but “Red” is so Peak Taylor—believing in true love, never being the one in the wrong. It’s fantastic. Especially “All Too Well,” her thinly veiled ode to Jake Gyllenhaal.

I was going to do about about the music I listened to while writing KNOCKED-UP CINDERELLA, but I didn’t listen to any music while writing this book. Instead, here are five random songs I’m digging at the moment. 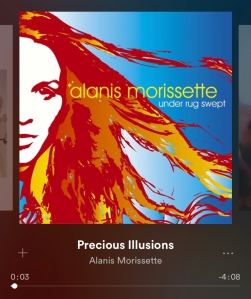 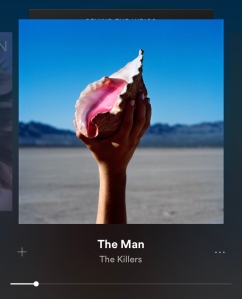